Home Dog Stories A 12-Year-Old Kid Is Donating Bow-ties To Animal Shelter So That Homeless... 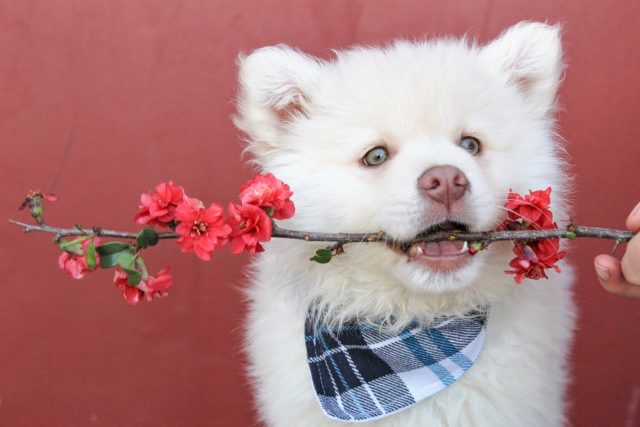 A 12-year-old boy has come up with his own creative way to help stray animals living at shelters find their forever homes.

Darius Brown from New Jersey creates trendy and handsome bow-ties for dogs and cats. The young boy donates his bow-ties to animal shelters so that the animals could wear them to get the attention of their potential future human families. Since the boy was 2-year-old, he had been suffering from comprehension, speech, and fine motor skills delay.

The boy tried to overcome his disease by helping her sister in cutting and sewing fabric. The parents noticed that it was not easy for the boy to learn the new skills, but they kept on encouraging him.

Only a year ago, Darius founded a company named Beaux and Paws, which makes stylish and unique bow-ties for animals and people.

The young entrepreneur knows how to do business better than most other modern business people. Darius donated numerous bow-ties to animal shelters and in the UK and the US. The young’ boy’s efforts have gathered the support of more than 43 thousand Instagram followers.

Being a dog-lover, Darius wanted to help the furry creatures after the disastrous effects of Hurricane Irma and Hurricane Harvey. Many of the stray canines were dropped off at animal shelters, where most of them were destined to be put down because of a lack of potential future owners.

Darius was determined to help out the four-legged companion animals, and his lovely accessories have helped a lot in turning the animals into elegant and cute pets, ready to be adopted.

The boy now plans to visit more than five states to volunteer in various animal shelters and donate his bow-ties.