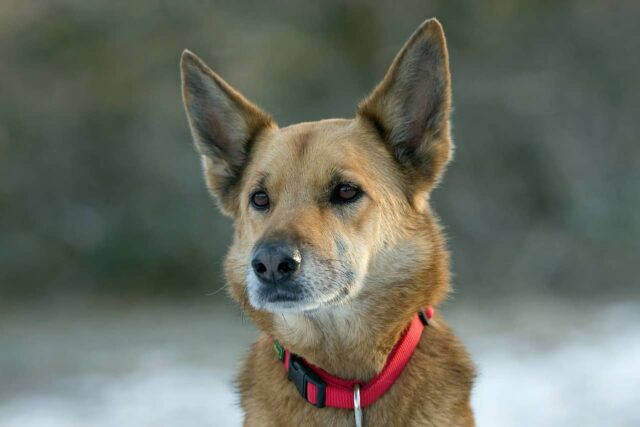 Flash was a brave police dog who had faithfully served until her retirement. However, she wasn’t done with her heroic works yet.

Jason Johnson was Flash’s canine partner in Yakima, Washington. Flash was initially a pet rescue. She showed great potential to do police work, so she went into training. Jason and Flash were the first narcotics K-9 team on the patrol division, so there was a lot of pressure on them to put on a good performance.

During her entire career, Flash was deployed more than 3,000 times. She was vital in solving countless cases and getting the criminals convicted. Flash loved her job, and she’s very excited to report to work every day. Jason and Flash formed a bond, and they made the perfect team. With Flash, Jason felt that he had the confidence and the capability to go out and do great things.

Unfortunately, Jason’s career took an unexpected turn three years later. He was recruited to serve as an ambassador’s protection detail in Iraq. The job included providing protection to the US dignitaries throughout Iraq.

It was difficult for Jason to leave his canine partner behind, but he had no choice. Flash continued to work in the police force with two other handlers.

After five years, she retired from the police force and needed a home. Someone called him if he’s willing to adopt Flash. Jason did not hesitate in deciding to give her a home. She was his former partner, after all.

Retirement for Flash presented new challenges. One such challenge was that a police K-9 like Flash could not have the usual medical benefits from the agencies she had served. All her years at work had put a toll on Flash’s body, and medical bills would have to be shouldered by the owner.

Jason got motivated to start a foundation to take care of retired police and military dogs who had special needs that might be a financial burden to the owners. He wanted to make sure that none of the dogs would get neglected just because the owners could not afford medical bills.

The partners now teamed up to advocate for the care of retired police and military dogs. Jason wrote a children’s book about Flash. He took Flash with him to visit children in schools for book reading sessions. The book helped the organization’s cause and connected them to a lot of people.

Flash was a hero in her police working days and continued to be a hero to retired dogs like her.