Home Dog Videos A Naughty Dog Had A Secure Life After He Was Rescued By... 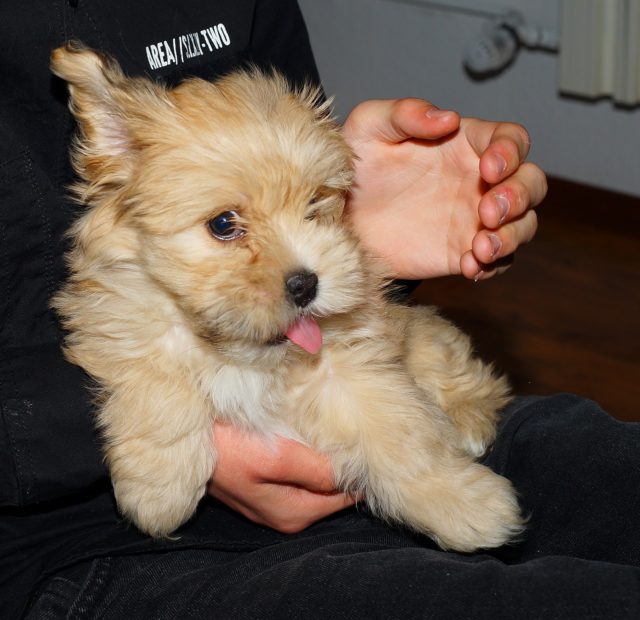 Apollo is a naughty dog that is willing to do everything to get food. His owners love him so much, so they treat him as a family member. When Apollo was left alone in their house, an unexpected incident happened.

Apollo is stealing food every time he is alone in the house. Kiara decided to put a gate to their refrigerator to refrain him from getting food. Unfortunately, Apollo could open the gate, so he still stole some food.

When Kiara and Avian fetched Angel at school, they left Apollo alone in the house. A pan with food leftovers was left on a stove. As soon as they left the house, Apollo immediately ate the food leftovers. Unfortunately, the dog turned on a burner when he jumped on the stove.

Fortunately, a mail carrier saw a smoke forming in the living room. The mail carrier immediately called 911 after he heard a noise from a smoke alarm. When the firefighters and police arrived at the house, they saw the front door unlocked. They immediately went inside the house without forced entry.

When Police officer Smith saw Apollo under a dining table, he took him outside the house. The stove was opened, and the pan had burnt food. Fortunately, the dog was unharmed, and the house was undamaged.

Kiara came back to the house a couple of minutes after the incident. She was surprised when she discovered the story. The incident terrifies Kiara and her beloved sons; however, they are happy because Apollo is unharmed. Kiara is grateful to rescuers for saving the dog and the house from danger.

Without the help of the rescuers, the dog would not survive. Apollo felt guilty for stealing food, although he didn’t intend to burn anything. Definitely, he would not steal any food again after the incident. He is happy living with a wonderful family who always secures his safety despite any circumstances.