Home Dog Stories Abused Dog And Stray Cat Bonds In The Shelter And Get Adopted... 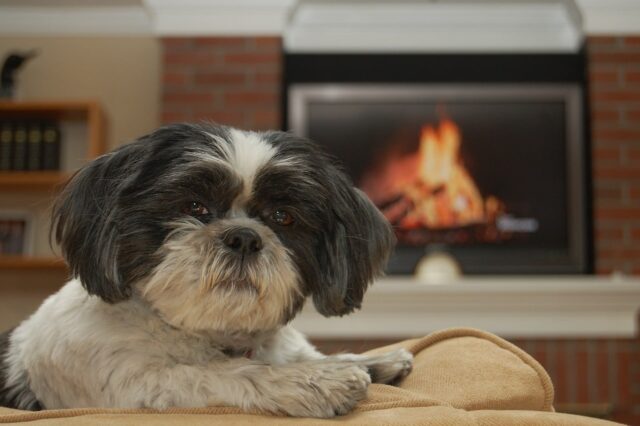 Nature dictates that they should be enemies, but their hearts said otherwise. Chico and Coco should not have been friends. But when they met at the shelter, they shrugged off their instincts and became the best of friends. It seems unnatural that a dog and cat should bond, yet these two creatures found each other and never separated from each other ever again.

Chico is a 6-month-old Shih-Tzu pup that was rescued from an abusive home. When the puppy arrived at the shelter, he was sent to a groomer to clean him up. He had matted overgrown fur, and there was a peculiar odor coming from him, especially on his face. There they discovered that a tight rubber band was used to muzzle his snout. Chico needed to undergo surgery to remove the embedded band.

Coco, on the other hand, came a little bit later. She was a stray cat that was caught by the Royal Palm Beach Animal Control Center. Barky Pines Animal Rescue & Sanctuary rescued Coco from the center and took her in. Coco suffered from sarcoptic mange, so the shelter treated her skin condition. As it happens, Chico was also staying at the Barky Pines Animal Rescue & Sanctuary. The staff there thought that because the two animals were the same in size, it might be good to introduce them to each other. And they were right. The two of them connected immediately and loved being around one another. The two were a perfect fit, Coco’s exuberance balanced Chico’s mild-mannered temperament.

The two were together most of the time, and soon, both of them were well enough to find their forever homes. The shelter’s staff hoped that they would be adopted together because of their bond, but they did not have high hopes. Fortunately, Franciso and Margaret Freitas had hearts big enough to take the two of them together.

Margaret said that when they first met Chico, Coco leaped in front of the dog when they tried to approach him. They were pleasantly surprised that the cat was protecting the dog. They found it to be so sweet that they decided to adopt the two together. Now the two will never be separated. They have a very happy future together with their new family.