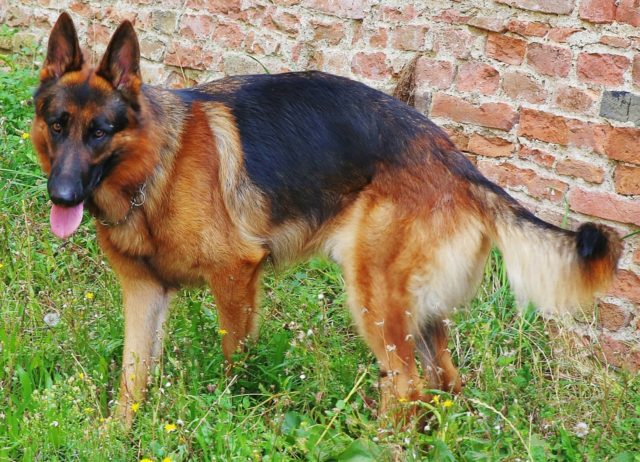 This fantastic dog from Southern California is just new to the Police Department, but he was able to prove he is not an ordinary dog. He was able to help the police seize a large volume of illegal drugs, methamphetamine, which is of course not recommended for human consumption. This is the dog’s first attempt to join a drug bust operation.

According to an online post by the West Covina Police Department, they were just scheduled to have a regular vehicle check along the Interstate 10 Freeway. The said highway was about 20 miles away from Los Angeles, California and it was expected to be a busy highway. What they found out next though, is something that they did not expect.

As part of their random vehicle inspection, they had to ask a vehicle to stop for them to check it. Upon inspection, illegal drugs were found hidden under the driver’s side of the said passenger vehicle. This was when Rye the dog’s participation comes in. He was tasked to check on the rest of the compartments inside the car to confirm if there were more meth hidden inside.

Sniffing through all the hidden receptacles inside the vehicle, Rye helped the police locate more illegal drugs. It was a total of 60 pounds of meth that the police were able to seize with the help of the amazing dog. This could have been easily distributed outside if they were not able to conduct the police operation.

The police department was glad that they were able to stop such an unacceptable situation from pushing through.

The police identified the driver of the vehicle as a certain Pedro Lopez, 28 years old, and a resident of Paramount, California. He was immediately turned to prison and was charged with illegal possession and transportation of illicit drugs.

He was allowed to put bail for 1 million dollars in exchange for his temporary freedom. Everyone was thankful that Rye made his immediate arrest possible.