Home Dog Stories Billboard Ad Gets A Dog Adopted After Staying For Six Years In... 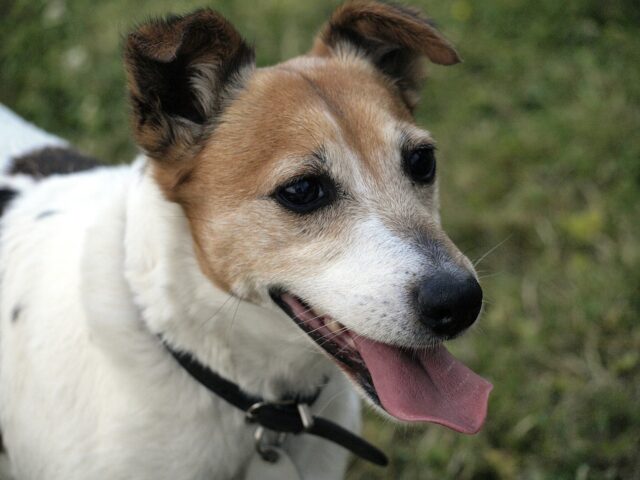 Merrick, a six-year-old dog from Kansas, had a bad start in life. He was abandoned at a garage sale when he was still a puppy. When he was rescued, he had a massive abscess on the face which needed corrective surgery.

Merrick was brought to the Humane Society of Greater Kansas City for adoption. Sadly, it took him five years before he got adopted.

It was hard for the shelter staff to find Merrick’s potential adopter because of his special needs. Merrick couldn’t live in a home with small children since he had limited exposure to them. Moreover, he was an athletic dog, so that he might topple down little kids with his energy and strength. He was not an aggressive dog, but people might misunderstand his playful personality.

Everyone at the shelter made social media campaign was created to help find an adopter for Merrick. Many people shared his photo on social media, but sadly, the efforts were not enough to get him noticed. Thankfully, a kind-hearted man named Scott Poore donated a $3000 billboard ad to display Merrick’s photo. The billboard was up until November 2019.

Scott is the owner of Mission Driven, a clothing company known for its support to animal shelters all over Kansas.

On March 4, 2020, Merrick finally found his forever home! He was adopted by Jordan Nussbaum and his girlfriend, Amy. Everyone in the shelter, including the volunteers, lined up outside the building to celebrate Merrick’s adoption. They had balloons and congratulatory signs for him.

The efforts of everyone in finding a suitable adopter for Merrick didn’t go in vain.

Jordan has decided to create a Facebook page for Merrick to encourage everyone to visit the shelters and adopt a pet. Jordan is also encouraging everyone to donate to the shelters to continue with their mission of rescuing dogs.

Photo courtesy of Merrick the Rescue Pup via Facebook