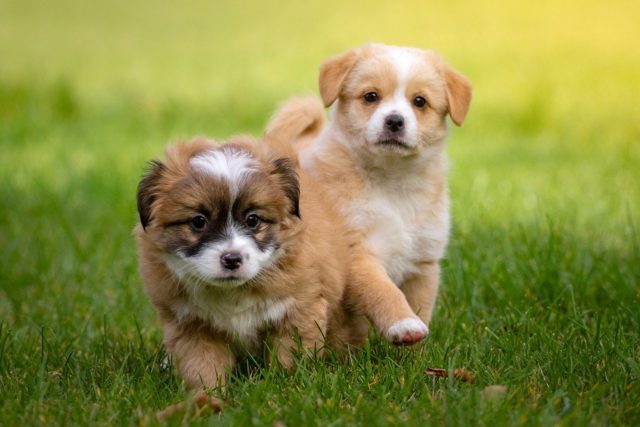 BTS is one of South Korea’s biggest entertainers. This band has done more for the South Korean economy compared to multiple local industries combined. That’s how lucrative the band’s popularity is.

BTS owes its popularity to a loyal fandom. It is a known fact among K-pop fanatics that the guys from BTS are untouchable online. You can’t say anything wrong about any of them without being swarmed by angry protests from the BTS fandom composed of fans from all parts of the world.

So to keep it safe, we are saying only nice things about BTS. Not that there’s anything not-nice that can be said about these boys. They are all equally adorable.

And what happens when you throw them in a room with puppies? Of course, the band’s adorability skyrockets.

In this video, the seven charming boys of BTS answer fan questions while playing with equally charming puppies. If you happen to be a bonafide fan of BTS and a certified fan of the canine species at the same time, you can’t miss this content. It’s what you live for.

The first question the band answers is what they want people to think about when they hear BTS a hundred years from now. A couple of the boys answers “legend,” meaning they wish to be considered legendary, which they are. BTS is the first South Korean band to have performed on the Grammy stage.

They are also asked for any advice they would give to their younger selves. Jimin answers, “keep going.” Jin answers, “study English hard.”

BTS deserves its phenomenal rise to stardom. These boys are talented, and they produce serious bops. And, despite their immense popularity, they have managed to stay grounded, not minding to share the limelight with unpopular but cute puppies.