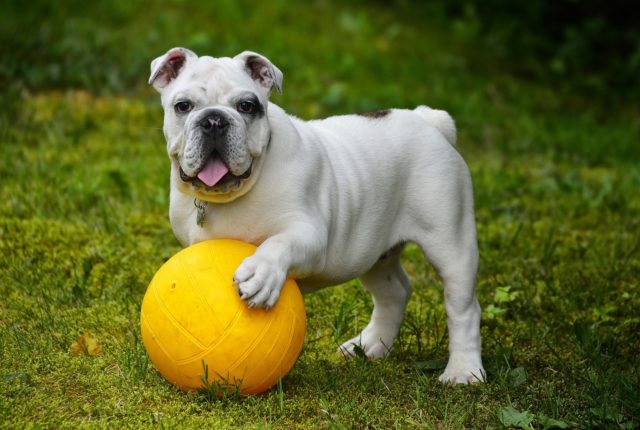 It all started when Robert Rickards and Luciana Viale watched Tillman’s skateboarding videos. He was once dubbed as the fastest dog on a skateboard. It was unfortunate that the world lost him in 2015 when he experienced labored panting. The skater dog died on the way to the hospital.

Tillman’s owner, Ron Davis, told everyone that his dog was an inspiration to millions of people. Tillman’s story also moved Viale and Rickards that they decided to get themselves a Bulldog. They named him Otto, and they taught him different tricks like playing football, surfing, and skating.

Viale and Otto were going about their daily routine when the English Bulldog decided to show one of his hidden talents. He skated towards Viale at full speed that she had to open her legs quickly so he won’t hit her. This was the first time that Otto did that, and Viale decided to give the human tunnel record a go.

Viale and Otto’s dream came true one fine day in Lima, Peru. The English Bulldog rode a skateboard and glided through the legs of thirty volunteers, setting a new Guinness World Record. His achievement? Skating through the longest human tunnel.

The people who participated in the human tunnel stood with their feet apart so Otto can pass underneath them. They had to make sure their legs don’t touch the English Bulldog since that was one of the requirements. All thirty individuals stood still as Otto skated.

Otto instantly became a celebrity after setting the world record. Millions of people from different parts of the world viewed his achievement. Both his parents were mighty proud of him, especially since he manifested the dream they had when they watched Tillman. Watch Otto’s story here: