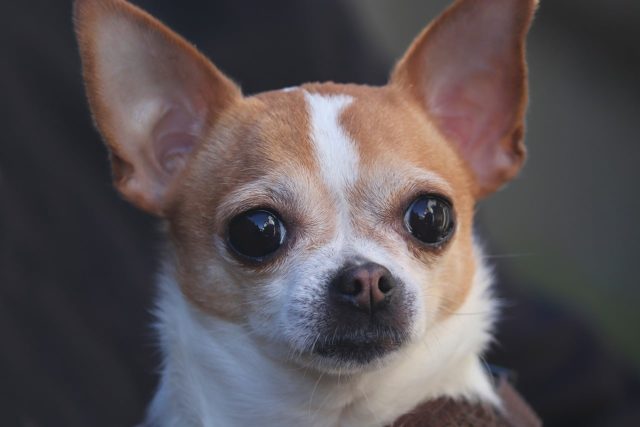 A couple of construction workers saved an injured puppy in Texas. They first heard what sounded like a crying pup. They searched around their work site for the possible source of the sound. They couldn’t find an injured or stuck puppy anywhere in the vicinity.

Later on, they figured out that the sound is coming from above the sky. When they looked up, what they saw worried them. Above them, a hawk is flying and circling around with a tiny puppy clutched in its sharp claws.

Eventually, the hawk let go of the puppy and they watched helplessly as the puppy shoots down towards the ground. They hurried and ran towards where the dog landed and found out that it was a very young chihuahua.

They carefully picked it up and carried it to the nearest veterinary clinic. The puppy was soon transferred to the Austin Animal Center (AAC) where it was nursed back to health.

He was fed through an IV and witnesses expressed their admiration for the pup’s resilience during his recovery. He still tried to walk even after what he experienced. He incurred some cuts in his head and chest which are, thankfully, determined as just minor injuries.

The shelter loved the puppy and gave him the name Tony Hawk. The team who rescued Tony hawk was so relieved when the news that the pup will make a full recovery reached them.

Tony hawk definitely started out his life in a very rough way. There is no doubt that he is a brave and strong puppy. He did not let his experience affect his sweet disposition making everybody in the shelter love and accept him easily.

There are many applications for his adoption already and some are really good candidates. Tony Hawk will soon find a new home who will take care of him as part of their family.

Thanks to Meow Blog for sharing this story.