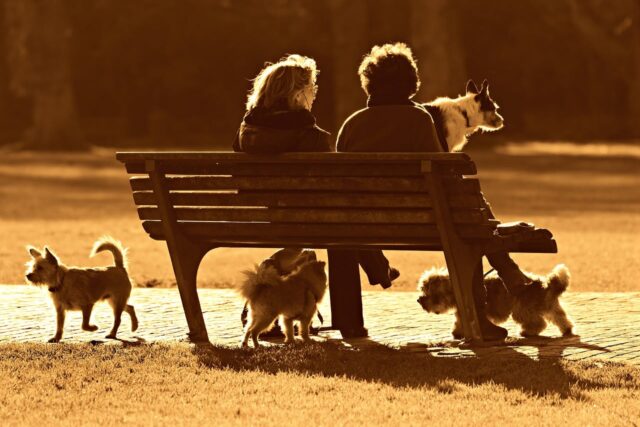 A couple was driving through Greece one day when they noticed two dogs in a field. It was a mother dog and her puppy. The couple wanted to help them out, so they started feeding the two.

They kept going to the field and did this for three days. This was their way of gaining their trust. This worked, but they still needed help to get the dogs off the field.

Even after the capture, the couple wanted to ensure that the dogs arrive safely at the shelter. They drove with the rescue team for three hours to get there.

When they got to the location, the rescuer covered the puppy’s eyes prior to transport. Since the puppy was a little shaken up when it was found, covering its eyes helped in keeping it relaxed.

The two were then brought to their sleeping quarters. One of the rescuers showed the couple where the dogs will be staying. This was the rescuer’s way of assuring the couple that they had a good and safe environment for the dogs.

They also wanted the couple to know that they did the right thing by calling them. The rescue guaranteed that the dogs are well taken care of.

The rescue even showed them how the rescuers prepared the dogs’ beds and how they are fed. When the couple was confident enough that the two dogs were safe in this shelter, it was the only time that they left.

The dogs were fortunate that the people who found them were very compassionate. They looked out for their well-being. Not everyone is going to drive three hours just to make sure that their rescue dogs are safe. This couple is one of a kind.

The Story Of A Stray Dog And Cat Becoming Good Companions