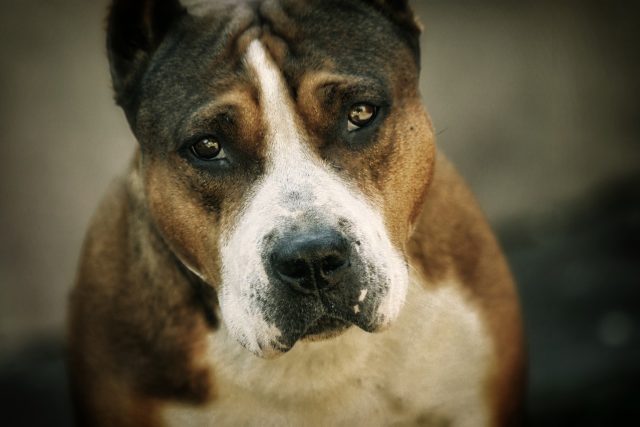 Being sensitive and being a diva — these two aren’t usually what people end up thinking of when they see a Pit Bull in front of them. Some of the most common things this breed is associated with are durability and determination, with just the right hint of playfulness for them to still be recognizable as the dogs that they are. Rosie, on the other hand, is also a Pit Bull — and is the exact opposite of these things.

The two legs at Rosie’s fronts are both deformed, which would mean that assistance is needed if she is to maintain a standing position and that stability is not her forte. Another result of his condition is that she is not able to wield the strength that she supposedly has, the way other Pit Bulls do. But when it comes to playfulness and being affectionate, well, those are among the top characteristics one will observe in her, and she doesn’t even need to use her legs to show it. But perhaps the most glaring of these characteristics are these two — her vulnerability and frequent tendency to be such a diva. Since she can’t use both her front legs, leaving her unattended for an extended period is out of the question. But her diva attitude has definitely grown on her family, and they adore every single one of her antics when she’s in such a mood.

They met Rosie one evening when a customer brought a very disheveled dog to the clinic where Jeremy was an employee, less than half an hour before closing time. There were blankets wrapped around her sickly body, and the person informed them that she had already been in that state when he had found her dying in an alley nearby. Well, needless to say, Jeremy and the little diva of a Pit Bull instantly became friends.

They had been inseparable ever since. Even Jeremy’s mom is complete enamored with the little dudette. And far be it from us to complain about something so adorable.