Home Dog Stories Dog Left In Utter Disbelief After His Dad Shows Him A Magic... 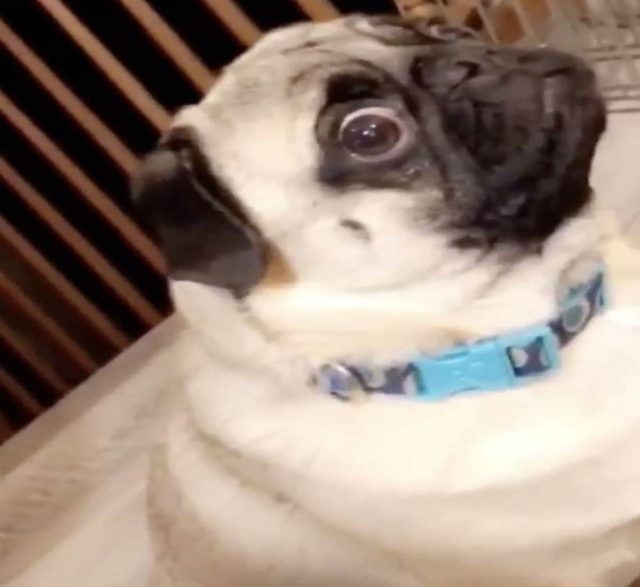 Louie loves to play all sorts of games with his humans. The adorable little Pug is not afraid to act silly around his family and show them that he has the greatest sense of humor.

Louie’s fur mom, Ashley Parenteau, shared that her dog enjoys stealing all the things that do not belong to him. Ashley described Louie as the most loyal companion who loves to lay right on their chests as if making sure that his humans will not forget that he is just around the corner.

Ashley and her partner, Zack, went out for a quick shopping when they saw a magic set that costs $2.50. The couple wanted to have some fun with it, so they decided to buy it.

😂 Louie can not believe it!

Ashley and Zack immediately played with their new purchase as soon as they got home when Louie noticed that her humans were busy with something. Louie checked if he could steal anything from his parents’ shopping bag, but he decided just to sit right next to them since he did not find anything interesting at all.

Zack noticed that Louie was eagerly watching what he was doing, so he turned his chair around to face their curious pet. Ashley and Zack knew that Louie always watches whatever they were doing intently, so Zack decided to perform the magic trick.

The magic trick was to ball up a red hanky on his hand until it disappears. Zack did all the necessary steps until the handkerchief was all gone.

Ashley and Zack could not resist but to laugh at Louie’s adorable reaction when he saw that the handkerchief disappeared. Louie’s eyes went wide open and even glanced at his fur mom in utter disbelief as if he was asking what in the world happened to the hanky.