Home Presto Dog Dog Of The Year Award Goes To Pup Who Saved Owner From... 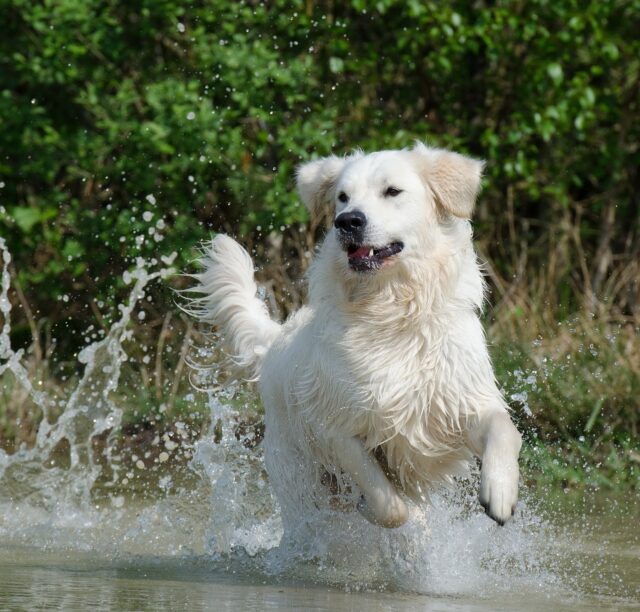 Can you sincerely imagine what our lives would be if there weren’t any dogs? It just wouldn’t be the same. Many lives have been transformed because of dogs, and they deserve every love and kindness that we could give them. Just like how they fully give themselves to us.

Just like a Golden Retriever pup named Todd. And for his heroics, he won the first-ever Milk-Bone Dog of the Year award. He bested two other dogs that became viral for their deeds. One is Louboutina the Hugging Dog, a canine who gives warm hugs on New York City streets. And the other is Pierre, a therapy dog who dons various costumes and visits a children’s hospital to provide joy to sick kids.

Todd was merely six months old when he saved his owner, Paula Godwin. The two were taking a walk early in the morning, enjoying some quiet time together. And as they walked up a hill, the pup suddenly jumped in front of his mom’s leg.

Paula was surprised and looked down at her puppy; that’s when she noticed a rattlesnake in front of them. She said that the snake was almost the same color as the pavement they were walking on. That’s why she hadn’t noticed it earlier. Unfortunately, the rattlesnake attacked and bit Todd before slinking away.

The heroic pup was bit on the snout, and almost immediately, it started swelling. Paula rushed her dog to a vet clinic, where they administered anti-venom right away. They had to stay at the animal hospital for 12 hours, where the dog was kept under observation.

Thanks to the awareness brought on by the award, Paula is starting a fundraiser to help pets that can’t afford anti-venom. She said that many pets die because they can’t pay for the $500 cost per dose.