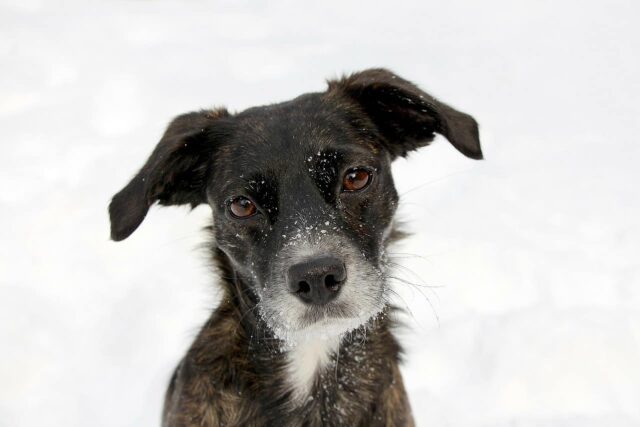 One dog regularly goes to Walmart in Oklahoma, hoping to find someone who will bring him home. The dog’s frequent visits to the famous store was also the way for him to be reunited with his owner, who lost him six years ago.

Sandy Drake, the Walmart Classen Blvd., Oklahoma manager, took a photo of the dog while he was in a shopping cart. Later on, she shared the photo on Facebook, hoping to find the dog’s owners. She also posted the same picture on the community page of Norman, Oklahoma residents. Surprisingly, the dog had a microchip! Deb called the microchip company to get more details about the dog. However, the dog’s microchip information didn’t give them a clear direction about its owner.

A few hours after the dog’s microchip details were found, a woman named Kimberly Nulisch called to tell them that the dog was lost six years ago! It was also found out that the dog’s name was Frankie.
Kimberly thought that she had lost Frankie forever. She cried while she held her dog in her arms during their reunion.

Dogs with microchips have 52 percent chances of getting returned to their owners; that is why owners must let their dogs have a microchip implant for easy identification. It is also essential that owners update their records regularly to be immediately contacted about their dogs’ whereabouts if they go missing.

Thanks for the microchip! Kimberly and Frankie will continue making memories together!