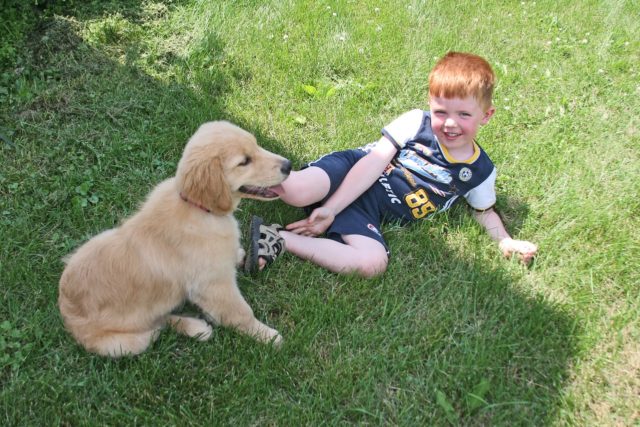 Many students attending middle school may have a hard time adjusting to this period of transition. It certainly doesn’t help that bullying is prevalent during this time.

One boy named Carson found his middle school life particularly difficult because of bullies who constantly harassed him.

Unsurprisingly, being the object of ridicule and intimidation day in and day out soon affected the young man’s psychological health. He showed symptoms of anxiety and depression, such as low self-esteem and a reluctance to go to school.

Carson’s family did everything in their power to help the boy, first asking for help from the school itself and then engaging the services of professionals. Their efforts proved in vain, however. That is until Carson’s mother Lynette realized that there’s one more thing that can help her son—a pet! Many, if not all, fur parents can attest to how simply being with their pets helps ease negative feelings like stress and loneliness.

And so the young man’s family set out to look for a suitable fur friend for him. They found the perfect companion in the form of Zero, then a six-month-old pup saved by the A Forever Home Rescue Foundation.

Zero hadn’t had an easy life himself, having been previously hit by a car. Because of this, one of his legs had to be cut off, and the dog needed to learn to move around on just three legs. But it was precisely because of Zero’s amputated leg that the family decided to adopt him. Lynette knew that the resilience Zero showed in facing his difficulties would give her son the strength to deal with his bullies.

Mom was right. When school came around, Carson’s problems did not miraculously disappear, but he did get his self-confidence back.

There were also significant improvements in his psychological well-being—all thanks to the three-legged dog’s unconditional love and friendship.

You can watch Carson and Zero in the video below:

Thank you to iHeartDogs for sharing Carson and Zero’s inspirational story.