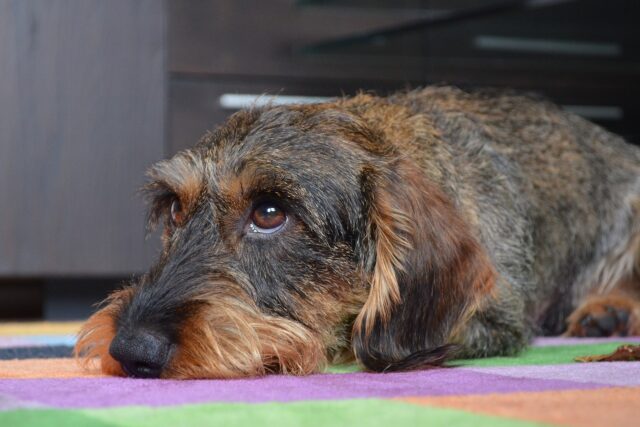 Forging friendships with people in your new neighborhood isn’t an easy feat for most people. Aside from blending in, you also need to adjust your personality with those of your new pals.

But, it looks like one adorable dachshund quickly strikes a beautiful friendship with the kangaroos near their home. The dog doesn’t even need to exert much effort in blending in as it only strikes a pose to become one with them.

In this short yet curious footage, one can initially see a kangaroo hopping towards the trees across the grassy field. At first, you’ll think this video’s a documentary of some sort regarding the world-famous Australian marsupials.

However, as the camera sweeps towards the right side, one can see an adorable brown-furred dachshund named King Kingsley sitting comfortably on the grass. Perhaps, King Kingsley’s enjoying the sunny weather as he remains seated on the field.

But, you’ll soon realize that the pooch’s standing on the grass in an attractive manner. While King Kingsley stands on his hind legs, the pooch raises his front paws in the air.

Do I belong to the group now?

Funny as it seems, King Kingsley strikes such a pose in a bid to blend in with his newfound marsupial friends. And, it looks like the dachshund truly pulled off the look as he resembles a furry kangaroo enjoying the sunny day on the grassy field. On and on, King Kingsley carried on with his kangaroo pose, refusing to budge even if the camera slowly panned out. The adorable dachshund carried on with this stance until a squeaking sound ultimately caught its attention.

How do you think this video ended? If you want to view what happens next, click on the red play button in the linked video below.