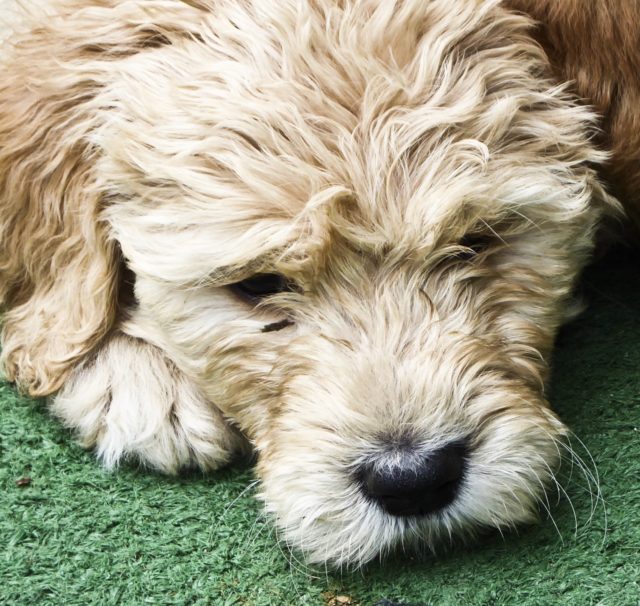 Zach and Sara Lebwhol had their firstborn, Halle, a couple of years ago. From the moment they started their journey of parenthood, their dog, Prince, immediately made it clear that he’ll be there to help them through it all. Prince never left his mom’s side as if he knew that their family was now growing.

When the big day came, and the new baby arrived home, Prince warmly welcomed his baby sister. He carefully went up and sniffed her, as if he understood how fragile his little sister was. According to Sara, Prince kept a close eye on Halle like a real nanny dog.

Price’s dedication to his baby sister grew deeper as time went by. More than being a devoted caretaker, he also became her playful companion. Halle also reciprocated Prince’s love, which is why they have become inseparable.

Now at two years old, Halle has already started to sleep alone in her room. However, just like any other toddler, she often needs some comfort and reassurance during the wee hours.

Despite sleeping in Mom and Dad’s room, Prince always seems to be the first one to notice that his sister has become restless. He always accompanies whoever gets up to check on Halle. Because of this, the couple got curious. If both bedroom doors were left open, would Prince put his baby sister back to sleep without their help?

The answer? Yes. A video clip showed how Prince walked into Halle’s room when she got up and cried in the middle of the night. He did a little routine, looked at her, then laid down. This immediately calmed Halle down and made her go back to sleep.

Because of Prince’s excellent nanny skills, the couple gets a few more precious minutes of sleep while Halle feels safe in his hands (or paws). This is among the many things that Prince does to make their life better. Sara said that they feel very fortunate having such a loving and good-hearted dog.