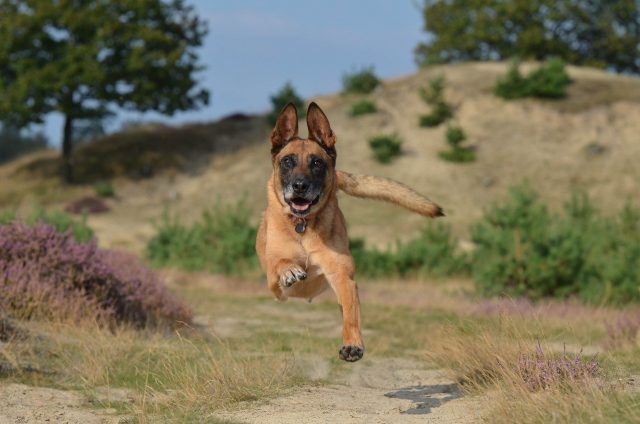 Although most dogs find it easy to make friends with humans and other domesticated animals, it is quite rare to see dogs bonding with the species of the wild. But Ingo and Poldi are an exception, and their friendship is undoubtedly one-of-a-kind.

Wildlife photographer Tanja Brandt lives in Germany with a wide range of animals. Two of her most remarkable family members are Ingo, a Malinois, and Poldi, a wild owl. Tanja often takes photos together of these two best friends, capturing the most tender moments that Ingo and Poldi shares. Ingo and Poldi go way back in 2015. You could think of Poldi as the “runt of the litter.” His egg cracked almost a week later of his siblings. He was smaller and weaker, and he was more susceptible to predators.

Poldi probably wouldn’t thrive well in the wild, but the tiny owl didn’t mind. He had his best friend, Ingo, who protected and guarded him like a precious gift. Ingo is the very opposite of Poldi. The huge fearsome pooch came from a long line of police dogs. Ingo has the instinct to protect those he loves, and that includes Poldi.

If you didn’t know Poldi and Ingo, you might think Poldi is in a precarious situation of becoming Ingo’s snack. But the dog never even bared his teeth to the owlet. Instead, Ingo took to Poldi like his own little puppy and stuck with the tiny owl every chance he gets. The duo spends a lot of lovely time together. Sometimes, Poldi rides at Ingo’s back. Other times, they snuggle with each other as they catch a nap. They seem to feel a semblance of peace and calm whenever they’re together. Over time, that friendship turned into something even more profound. Poldi has now baby owls of his own, and he’s stronger than ever before. He might not need Ingo’s protection like he used to, but the two are still best friends. They still have each other’s back, and Tanja doesn’t see that changing anytime soon.