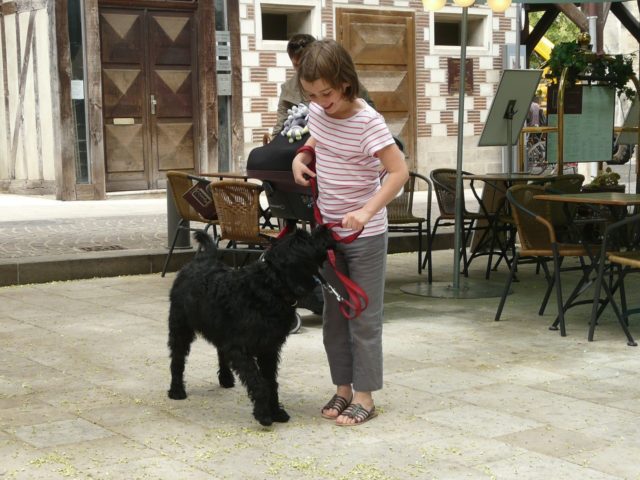 The relationship between humans and dogs is interesting as it had been for the last thousands of years. Dogs have this ability to make a man feel and look better.

According to studies, when a person pets a dog, the interaction will result in lower blood pressure, the heart rate is regulated, and anxiety is significantly decreased. Although the research on the health advantages of human and animal interaction is limited, there is enough proof that dogs have a significant effect on a person’s emotional well-being.

That is why The Sick Kids Foundation decided to create a program called the PetSmart Paws for Hope Program. It aims to let dogs visit sick children to relieve them from stress and to brighten their day. The foundation’s vision is to help children live a healthy life in any way possible. The group believed that if children are happy, the world will be a much better place to live.

One of the foundation’s dogs named Moxie is a therapy dog that was brought to a children’s hospital. The staff strapped a camera to Moxie so that they will have an idea of what will be the children’s reaction upon seeing the dog.

We can’t help by marvel at the children’s reaction after having great interaction with the therapy dog. Their smiles and their faces lighting up in spite of their sickness was enough to prove that dogs are indeed incredible creatures.

Children are supposed to be out there spending their time playing and having a great time outside. They’re not supposed to be confined in beds because they are sick. However, Moxie’s visit left a massive impact on the sick kid’s life.

Thanks to the foundation who believed that dogs could bring smiles to children who are suffering from diseases that prevents them from living a life every child deserves.