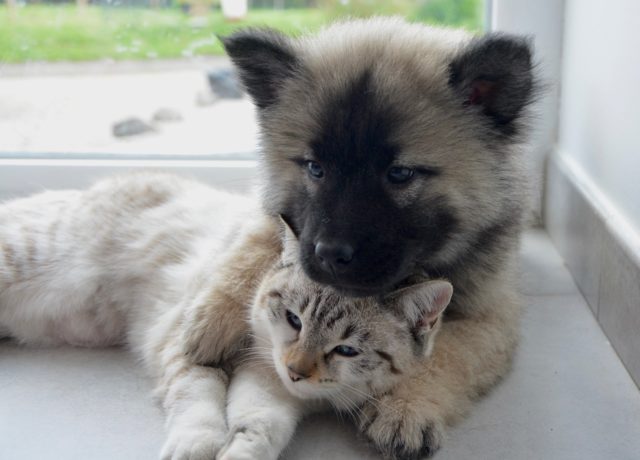 Cats and dogs are known to be enemies. You will mostly see them not getting along. But, last December, twitter user @jor_nicole4 broke the norm and proved that cats and dogs can share the love.

Did my dog just pet my cat?? And did my cat just hug my dog?? pic.twitter.com/PuNWB1Ggzw

Jordan Ireland posted a clip of her two pets hanging out on the couch. You can see that it all started when the dog, Maggi, seemed to pet the cat, Pumpkin. Eventually, Pumpkin reached out and hugged Maggi!

The tweet has over a million likes and hundreds of thousands of retweets as of this writing. Maggi and Pumpkin’s sweetness really made the day of a lot of people. There really is something about catching your pets do cute things together that brightens up your day.

Many other users expressed how cute and adorable they also find the two.

Jordan said that she did not expect for her tweet to blow up like and it did and proceeded to share more pictures of Maggi and Pumpkin. The post really went viral and it holds the record of one of the most viewed tweet of all time with over 15 million views.

Other people replied with their own pictures and videos of their cat and dog BFFs to the thread. There are user @Jorge49022’s Emmy Lou and Mila playing with each other under a chair and in the staircase and @TheRealDav1D’s Sadie and Max while they share some smooches.

Pets really are a source of good vibes. These videos showed that the idiomatic expression that’s popular to us can be reversed and that not all cats and dogs are archnemesis. Many really get along and that it is not impossible for the two animals to live under the same roof.