Home Dog Stories Man Rewards Vet Who Saved His Dog And Bought Them A $6... 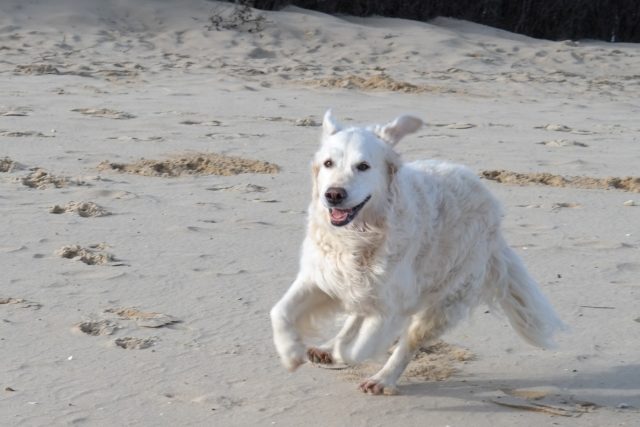 No doubt, we are all grateful to people who save lives. And for sure, we too are thankful for those people who save our extended family members – our pets. However, most Veterinarians do not quite get the credit they deserve for their life-saving work. One man, on the other hand, did more than saying “Thank You” to his veterinarian after he saved his dog.

David MacNeil’s best friend named Scout was a seven-year-old golden retriever. However, Daniel was devastated when his beloved pet had suddenly passed out. When they had him checked, Scout was diagnosed with cancer and was given a month left to live.

David, who was the CEO of a car accessories company called WeatherTech, had refused to let his best friend end just like that. David said that there was no way he was putting the dog down.

David used Scout’s 1% chance of survival and took him to the University of Wisconsin of Veterinary Medicine to have him treated with radiation and with chemotherapy. After several months, Scout’s tumor was nearly gone, and so David became immensely thankful to the vets who saved Scout’s life.

And so to celebrate Scout’s successful recovery and to show his extensive gratitude to the veterinarians who made it happen, David MacNeil purchased a 30-second commercial, which was called “Lucky Dog.” The cost of the ad, which ran during the Super Bowl, had amounted up to $6 million. The ad encourages people to donate to the University of Wisconsin of Veterinary Medicine for research and equipment.

David had thought that instead of sending the money immediately to the school, it is much more practical to advertise and encourage the largest audience there is to make donations. David had also kept in mind how their research will help in the development of cancer treatments, not only for pets but also for humans, so there is a potential to save millions of lives of all kinds of species.

Isn’t David MacNeil and Scout’s friendship just the sweetest? It’s all thanks to the Veterinarians at the University of Wisconsin of Veterinary Medicine that they can continue with their incredible friendship. It’s about time that Veterinarians get the credit and the recognition they deserve.

If you’re interested in donating to the people who do so much to save our beloved pets, you can learn more about donating by checking out WeatherTech’s donation page. It’s about time that Veterinarians get the credit and the recognition they deserve!

Yesterday was a great day! I finished my 5th and last day of radiation therapy in Madison, WI @uwveterinarycare! My peeps here sent me home with an awesome bandana signed by everyone who has been by my side the whole week. My amazing Dr. Takada says I am strong and a fighter and my immune system has improved from where it was in the beginning of the week. Thank you to all the staff for taking such good care of me. You’re like a whole new part of my family! 🐾🎈🐶❤️ . #ScoutStrong #love #prayers #happy #uwvetinarycare #bestdoctors #goinghome #bandanas #goldenretriever #doggo