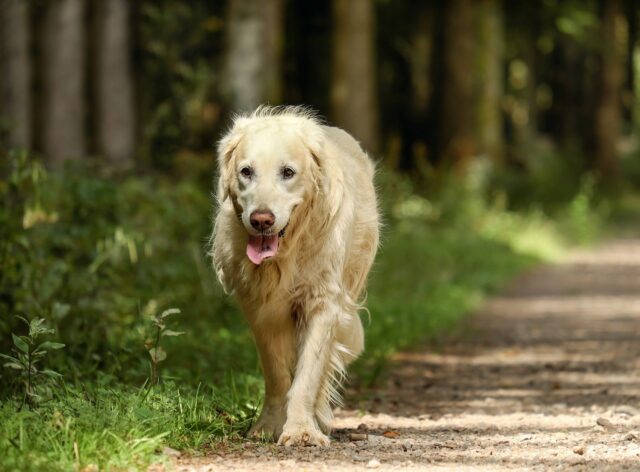 Sometimes, some things are beyond our control no matter how careful we are. One of these things is trying to find a lost pet. Having a pet lost out in a world full of strangers can drive you crazy. Imagine how it feels for someone who has lost their beloved dog whom they treat as part of the family. It’s got to be a helpless and terrible feeling when your dog is missing.

This is what Gary and Debbie Morgan experienced when their golden retriever, Meadow, went missing. They were terrified and desperate. The pet parents went all over their neighborhood searching for the pooch and putting up missing dog flyers. They even offered a reward in high hopes that it would lead to a kind person finding and returning Meadow to them.

Fortunately, luck was on their side when they received some assistance from a kind stranger.

Brian James, an experienced drone pilot, figured that he could potentially help the couple in finding their precious Meadow. He did not know the Morgans personally, but that didn’t stop him from lending a helping hand. So Brian took his drone and decided to make it fly over the woods that is close to the Morgans’ home.

With Brian’s drone, the camera recorded a tiny white dot that was constantly moving. Knowing that Meadow was a light-furred dog, it gave Brian the indication that it was probably the missing pooch. As he flew his drone closer to the white dot, he happily confirmed that it was, indeed, Meadow.

He drove to the woods right away to pick up Meadow. At that time, Meadow was already missing for 10 days. When she finally saw someone trying to rescue her, she was so happy and relieved. Brian took her home to be reunited with her parents.

The Morgans were grateful for seeing Meadow again and of course, thanked Brian for helping them out in a time when they needed it the most. Indeed, as Brian shares, everyone is capable of helping and that we will never know what will come out of it.

Watch the heartwarming story below.