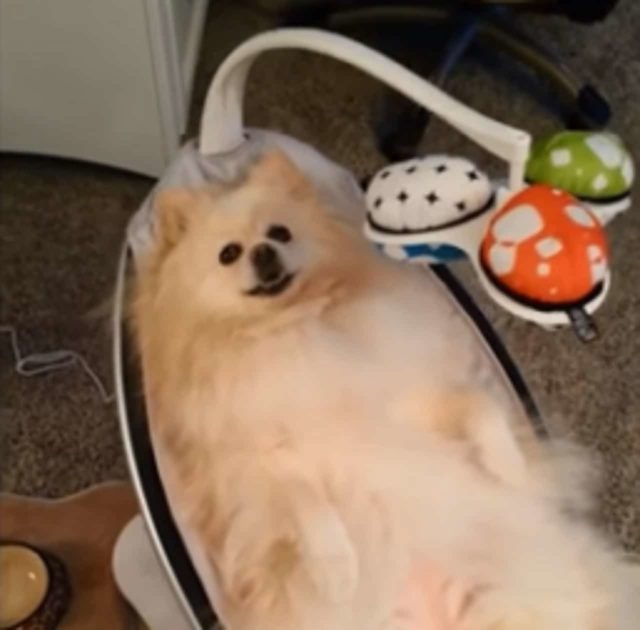 Dogs love their humans so much they’re willing to do everything for them. Aside from making their humans laugh if they feel they’re sad, dogs also become the best listeners when you need them.

However, a particular mini Pomeranian takes it as her responsibility to ensure the safety of her newest sibling – even before he comes.

In this incredibly funny video, one can see a miniature Pomeranian named Mini lying on what looks like a baby cradle. A closer look at the scenario reveals that this twelve-year-old pooch’s comfortably nestled inside the automated baby rocker named Mamaroo. 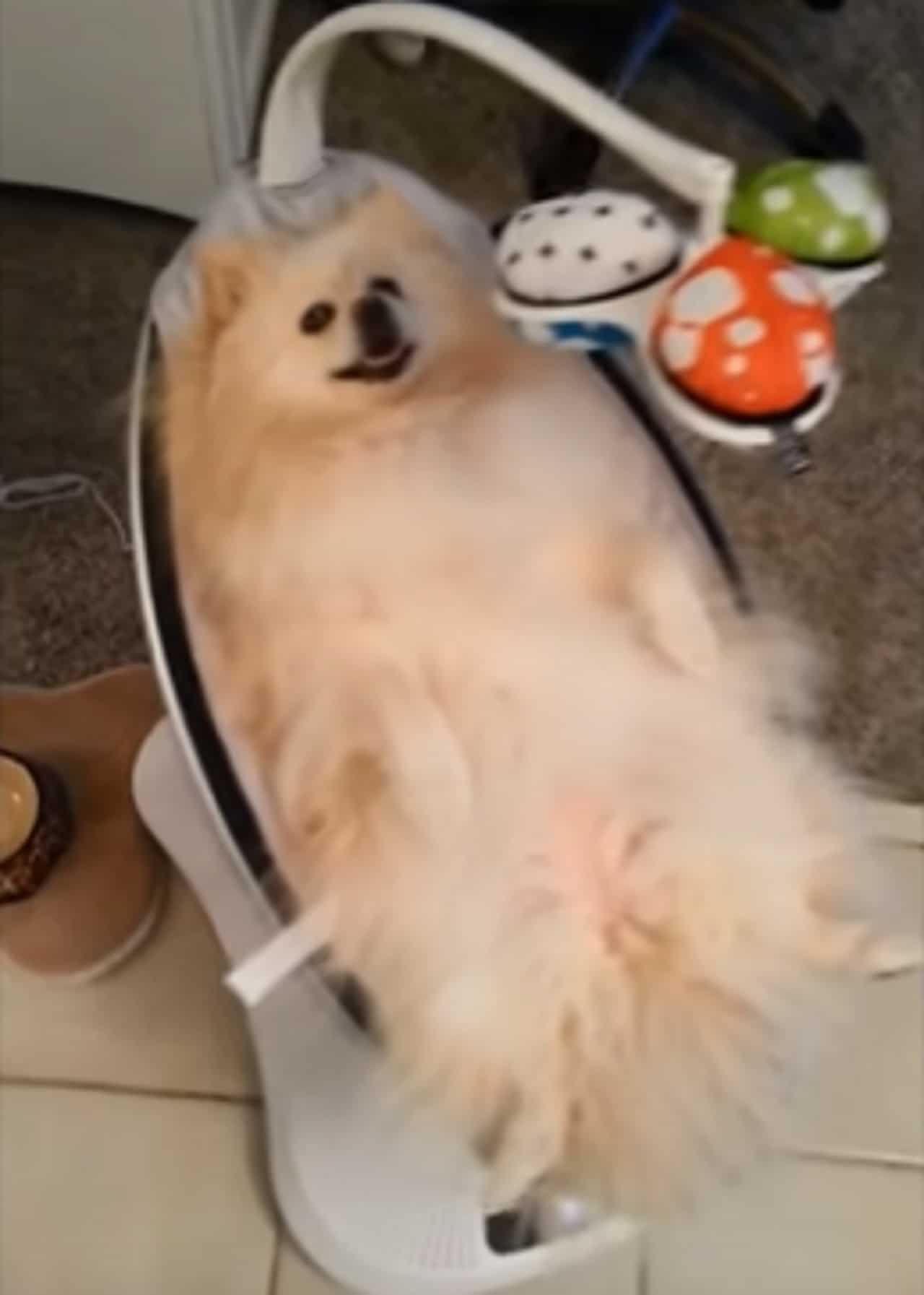 At first, Mini’s quite bewildered with the rocking motions the bed’s making. It’s as if she wants to descend from it any minute, judging from the way she looks to the side.

However, when Mom called for Mini’s attention, the dog immediately made eye contact and expressed what she thinks about the bed.

Mom, can I stay here?

With the broadest smile that she could muster, Mini tells Mom that she loves the rocking bed already. And, by the looks of it, the pooch’s not descending from the rocker any time soon.

Even as Mom comments on Mini’s hilarious behavior, the pooch continues to lie on the bed. Though she’s not smiling as widely as before, one can see how much Mini loves the swaying motions the bed’s making. 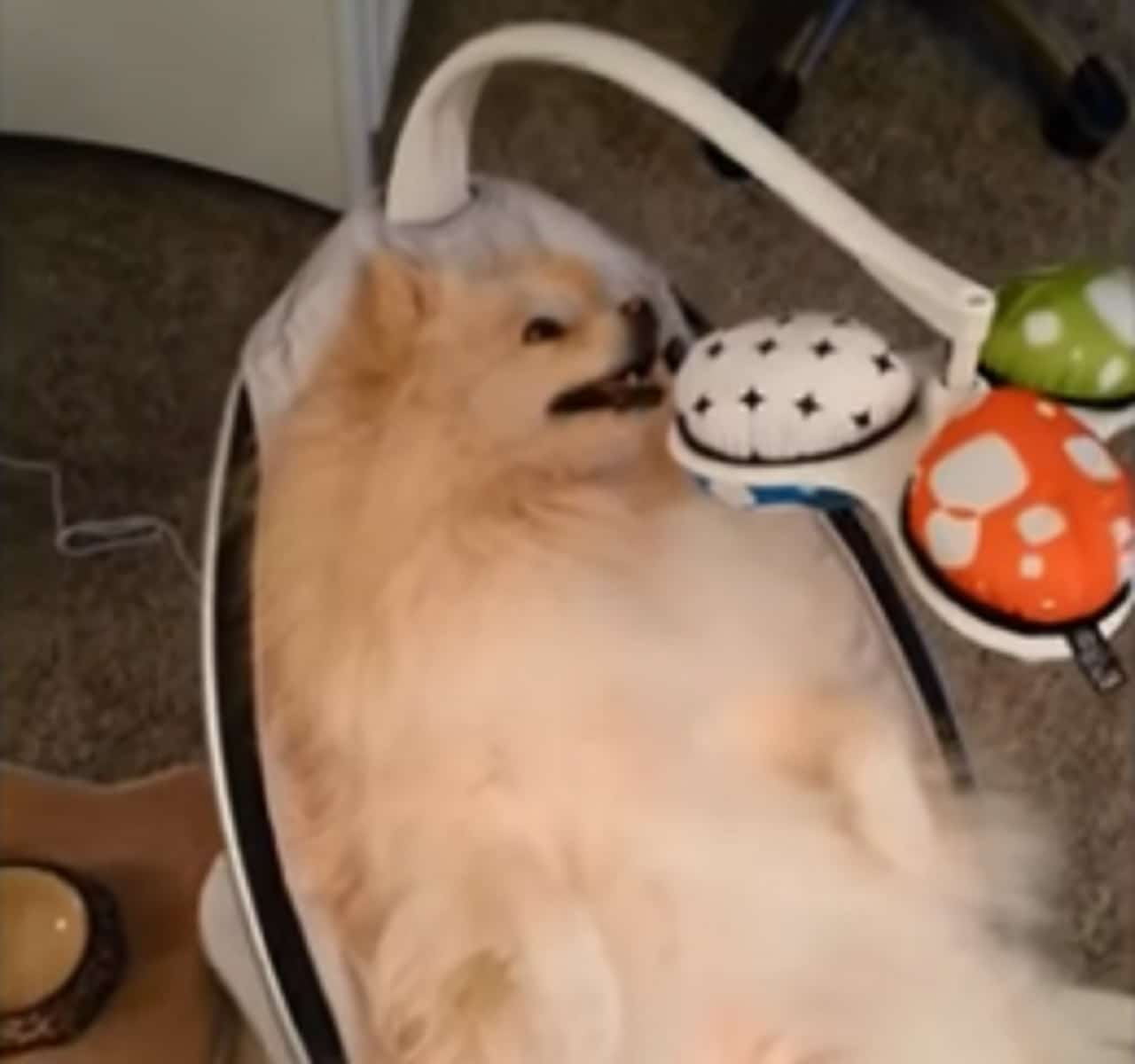 However, something distracts Mini’s attention, causing her to break eye contact with Mom. The dog’s ignoring Mom already, choosing to focus on something that she finds much more stimulating than Mom’s laughing face.

But, by the looks of it, Mini’s merely testing the cradle for its safety. After all, Mini doesn’t like her new sibling to experience an accident with the automated rocker.

If you want to view Mini’s adorable reaction lying inside the Mamaroo bed, feel free to watch the video below.