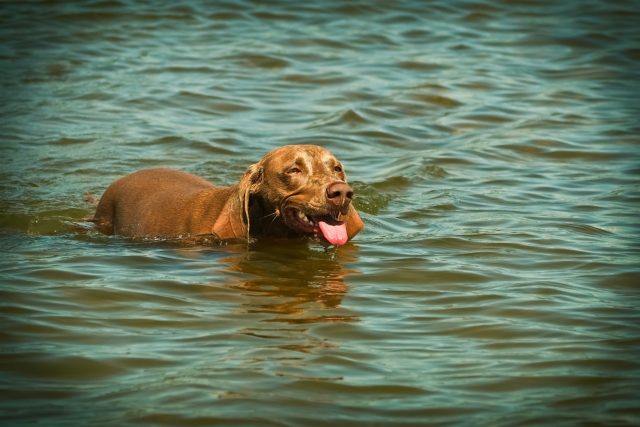 A dog missing for days is finally reunited with her owner after being rescued by marine officers. She was spotted swimming in Lake Michigan on Monday morning.

Officers received a call that a dog was spotted in Lake Michigan. Officers Emmanuel Ordaz Jimenez and Jen Terzich checked the area. They found the pooch swimming just outside Montrose Harbor.

According to Terzich, she had a glimpse of the dog’s head. They noticed how the pooch goes under the water and pops its head back again.

Terzich maintained her gaze at Laila, the pooch. She helped the Marine Unit of the Chicago Fire Department know how to locate the dog.

Terzich mentioned that she loved dogs. So, she was so happy when the team was able to rescue Laila successfully.

According to Laila’s owner, Charles Bogenberger, he kept searching for his lost pooch. He kept trying to locate Laila ever since she disappeared.

Bogenberger was so thankful that Laila was able to swim for her life. He was also grateful for the rescue team for saving his adorable pup.

After the marine rescue team got Laila back, they transferred her to the West Wrigley Animal Hospital. According to Dr. Eileen Murphy, Laila is fine despite the struggles that she experienced.

It was a good thing that Layla was microchipped. Because of this, the team was able to locate her owner, Charles Bogenberger. They immediately called him to let him know about Laila.

Bogenberger mentioned that when he got the call, he immediately asked if his dog is still alive. He was so glad that Laila survived.

Bogenberger also mentioned that Laila is a fighter. He narrated how Laila was found on the streets with a terrible health condition. She was malnourished, but after being rescued, she became an adorable pooch with lots of survival skills.

Credits to WGN News for this amazing story.