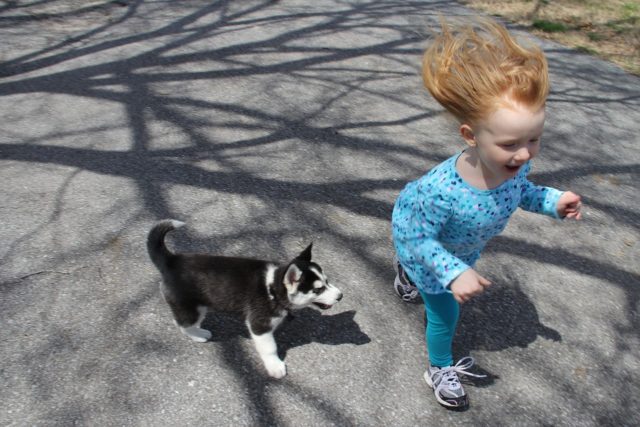 A three-year-old girl from Queensland Southern Downs, Australia, was reported missing by her family on April 23, 2018. An extensive search and rescue were immediately organized to find the little girl. The authorities believed that the young child might have wandered and got lost in the Australian bushlands.

Fortunately, the family dog decided to follow young Aurora when she wandered away from her grandmother’s home. Partly blind and deaf, Max, a 17-year-old Blue Heeler, may have saved little Aurora’s life. Max protected the little girl from the harsh elements and kept her safe and warm under a rock for the next 16 hours.

Eventually, Aurora was found by her grandmother, Leisa Marie Bennett, when the latter said she heard the little girl called out for help. Bennett went into a hillside near their property when Max approached her. The faithful dog immediately led Bennet into the little girl’s location.

According to the local search and rescue team, Aurora may not have survived the night if Max was not with her. Because of what the elderly dog did, the Queensland Southern Downs Police named Max, an honorary police dog. Watch the full story below and be amazed at Max’s loyalty.

A dog’s loyalty is a behavior that made them precious companions to humans. Since their domestication, dogs have become an invaluable part of every human society known to man. Today, their roles may have changed, but they are still considered our most trusted and loyal friend.

Max seems to know that Aurora was in trouble when she wandered away from her home. He somehow knew that she needed him now more than ever. No one can explain what prompted the loyal old dog to follow the young child. But he did.

Inspector Craig Berry believed that the young child would have never survived the ordeal on her own. But thanks to Max, she made it through the night. Aren’t dogs just amazing?