Home Dog Videos Puppy Who Got Lost Went To His Vet’s Clinic To Get Some... 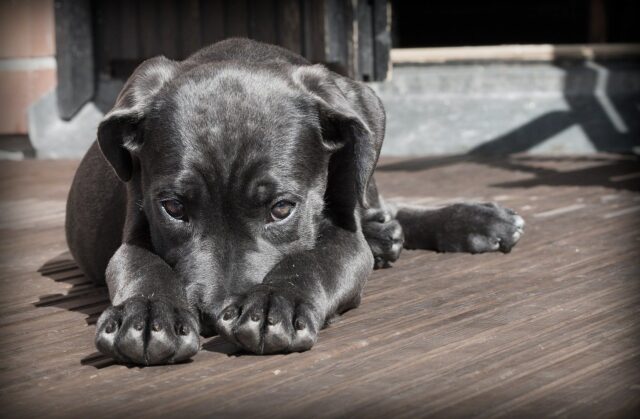 If you love reading about amazing dog stories, then you’ve probably read about doggos who went missing but found their way back to their homes. These kinds of stories are truly unbelievable because most of these pups have walked for hundreds of miles just to find their way back home.

In this viral story, however, this doggo didn’t have to walk very far to be reunited with his family. Instead of using his four legs to walk hundreds of miles, he used his brain! This really caught our attention because it’s one of those moments where dogs are able to showcase their intelligence. This story took place in Bang Pu, Thailand, around 34 miles from the capital, Bangkok. This cute black puppy belongs to a restaurateur in the city, and she’s got several dogs at home. Unfortunately, this one pup ran away for some reason and eventually got lost.

The five-month-old pooch barely got away from their home, so he had no clue where he was. However, he caught a lucky break. He came across the vet’s clinic that he’s been going to since he was one month old, and any dog in the world will definitely remember their vet’s clinic. It’s a place of horror for them. Just the sound of the word “vet” is enough to scare these pups. However, in this instance, instead of fear, the puppy was excited to see the clinic. Because for the first time in several hours, he saw a familiar place. He then approached the clinic and started sniffing around.

When one of the staff members saw the dog, they didn’t let the pooch in because they don’t allow stray dogs inside. But another employee recognized the pooch. Perhaps she was the one who always catered to this pup. She called the doggo’s owner, and the two were reunited after 15 hours. See the clinic’s security footage below.