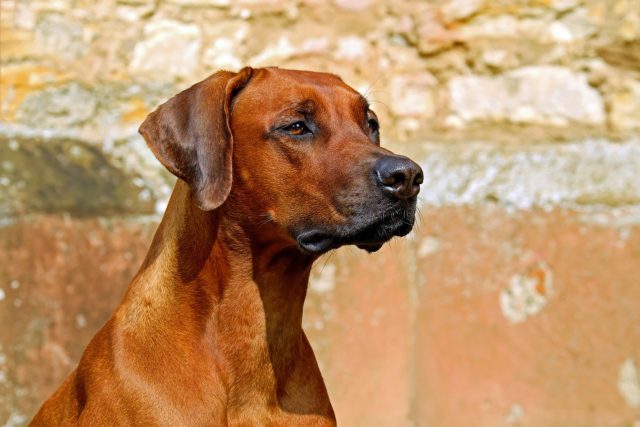 A dog who had grown old while chained to his owner’s backyard is finally free thanks to the kindness of a stranger. Today, he’s busy catching up on all the fun he missed over the years!

A man named Jared Piper from Phoenix, Arizona kept passing a house with a dog tethered to the yard. For three years, Jared witnessed how the canine was all alone, never knowing the pleasure of going outside to play or take a stroll.

Also, he never really saw anybody interacting with the dog. The pooch merely sat there, observing what little activity he could see beyond the fence.

He didn’t seem to be a friendly dog, probably because he had gone without socialization for so long. Whenever Jared tried to come near, the canine would growl and bark at him.

After some time, Jared decided he wanted to help the dog. Summer was coming, and temperatures in Phoenix could reach highs of 120°F or 49°C — terrible news for the pooch who was always outside.

The man stood outside the yard, patiently waiting for the canine to calm down. Once he did, Jared started talking to him in reassuring tones. The dog couldn’t understand a word he said, of course, but something in Jared’s voice must have told him that this human could be trusted. He cautiously walked over to the stranger.

Once Jared was sure the canine wouldn’t bite, he reached out and patted his head. It turned out that the pooch liked to be on the receiving end of affection, after all.

Jared continued visiting the canine every day to feed and pet him. The owner chanced upon him one day, and the man knew that was his chance to get the dog out of there. He explained that the pooch needed a vet and that keeping him chained constituted animal cruelty. She merely laughed at him, saying that the dog had been outside for 10 to 15 years.

Jared persisted, telling the woman he wouldn’t leave until she handed over the dog. After a few minutes, she relented, although she warned that the canine might act aggressively.

On the contrary, the dog was excited about his first walk in a decade. The curious pooch sniffed just about everything he came across. Jared named him Rusty Diamond. At the vet clinic, Rusty received much-needed medical attention as well as a thorough bath. Despite not having interacted with humans for a long time, the pooch was well-behaved and cooperative.

Jared couldn’t take in Rusty himself, but it didn’t take long before someone expressed an interest in adopting the senior pooch. Now, he has a vast, grassy yard to play in, and he’s even made a couple of canine friends.

The dog’s joints may be a little stiff either due to old age or because he hasn’t moved so much in the last decade, but he clearly enjoys being free to run around and bond with his loved ones. Watch Rusty in his new home here: