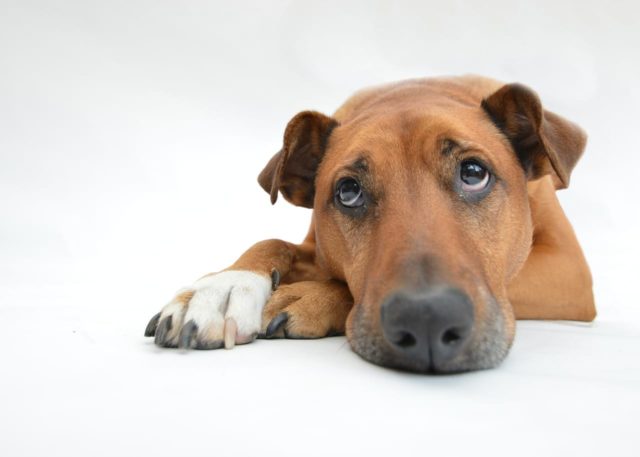 The temperature around the world has recently been rising. Because of that, many countries around the world has been experiencing warmer weather, and Mexico is no exception to that. During one of the blazing hot days in the country, Adolfo Pazzi Ahumada from northern Mexico witnessed something exceptional.

It was 104°F outside when Adolfo noticed that he ran out of milk. So, Adolfo decided to go to his local market. That’s when he witnessed the sweetest scene unfold in front of him.

A stray dog was hanging out outside of the store. Suddenly, the clerk went out to give the pup some food and water. A few minutes later, the worker also invited the dog inside.

When Adolfo got inside the store, he asked the clerk about the stray pup. According to the worker, it’s been several days since the dog started hanging out by the area. They suspected that his owner left him behind, so he came to them for help.

The clerk said that the only thing that they can do is give the pup some food, water, and toys. They bought them all from the store using their own money. However, their kindness doesn’t stop there. They also let the dog inside when the temperature outside gets extremely hot.

The store worker said that they feel bad for the dog. Thankfully, though, it seems that he feels happier in the store. This was something that Adolfo saw firsthand. In return, the pup showed nothing but kindness to the clerks and their customers.

The store workers are hoping that one of their shoppers will be interested in adopting the stray dog soon. In the meantime, Adolfo bought the pup some milk and treat that he can enjoy after his nap. Somehow, the puppy is still lucky to be in the hands of caring people while he’s waiting for his forever family.