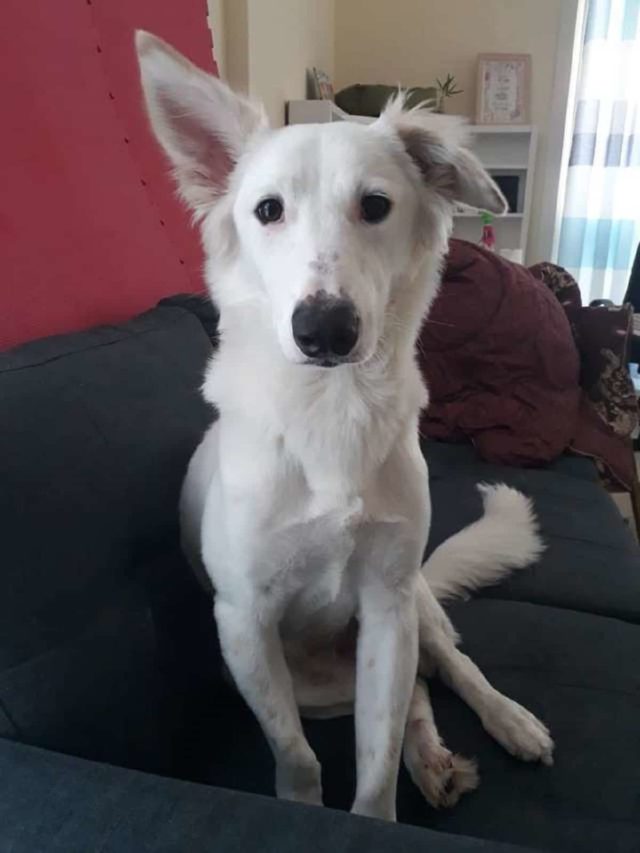 Anand Raman decided to visit her sister at work on a hot, humid day. Everybody tries to keep cool; I can only imagine how hot it was that day. He noticed a dog beneath a car looking for some shade.

Some workers left him some scraps, and the dog eats them under the car. He also noticed that his legs were kind of injured or broken. When the dog noticed Raman, he came running to him as if he knew him. Raman’s heart melted when he saw how the dog approached him.

Raman said that the dog was so happy to see him; he wags its tail constantly, and because of this encounter, he immediately fell in love with the pup. Because who would not? When he carried the dog into his car, the sweetest thing happened because the dog fell asleep on his shoulders, already comfortable with Raman. He got help from his sister and brother-in-law to get the dog to a vet.

The doctor said that the dog had rickets due to malnutrition. Luckily for the dog, it was treatable. When they got home, Raman bathed him, and it surprised him that the color of his fur was pure white. It made him love the dog more. He named the dog Snowy; it was the dog from the comic “Adventures of Tintin.” Snowy was unfamiliar with the surrounding and the attention he receives, and it made it hard for Raman to train him with some basic stuff. But later on, Snowy adapted and realized that what he receives is love.

Thankfully, Raman did not give up. He gave him the love he deserves, in a way they both gave each other brightness in each of their lives. That one visit changed everything, and I bet he was grateful it happened.