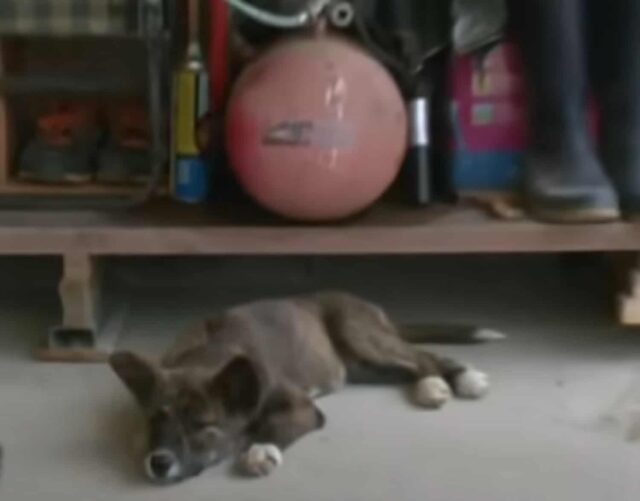 In South Korea, a couple lived and worked on their farm. They have a dog named Hosun that loves to play around them while they work. One day, while the couple worked on the farm, Hosun manage to slip out from a small gap in their fence.

Shortly after the dog reached the road, a small truck accidentally ran over it. The dog’s cries led the couple to the fence. They found their dog lying still and bleeding underneath the vehicle.

Hosun believed to be dead

The people present, including the owners of the dog, presumed it died from its injuries. A neighbor volunteered to bury the dog in the nearby forest. The couple agreed and sadly went home quietly.

The next day, the couple returned to tending their crops. They felt the silence with the absence of their beloved animal. They only had it for four short months.

On the fourth day after the accident, the wife heard a familiar cry while trimming some plants at home. She thought she heard things because she missed Hosun so much. However, her husband also heard the dog’s moan.

He went towards the sound and found Hosun in some bushes near the road. Although confused, the couple were happy to have Hosun back again. The only explanation was that their neighbor mistakenly buried the dog alive. Luckily, the ground was dry, and the dirt that covered the dog was light. Hosun easily dug itself out and crawled itself towards its home.

The couple noticed that Hosun dragged its hind legs when it moved. They immediately brought Hosun to the nearest veterinary clinic to have the dog checked. The veterinary doctor found four bone fractures. The doctor promptly took the dog into surgery.

The doctor said that the dog would take several months to regain the use of its hind legs. But because the dog was still young, the chances of complete recovery was great.

Special thanks to 우와한 비디오(Nice Video) via Youtube for the image used in the story.