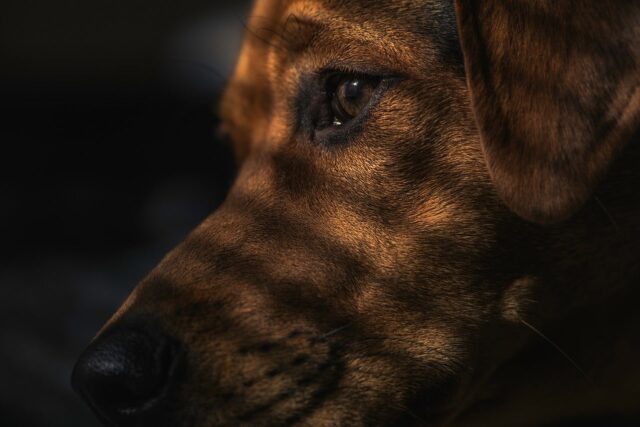 By now, you already know that life is no fairy tale. We don’t always get what we want, and sometimes life deals us a bad hand. But despite how life treats us, we should never give up. Maybe things did not work out in the past because we are yet to have something greater in our future.

This is true for Louis, the blind shelter dog from Fairbanks Ranch, California. The three-year-old yellow Labrador and German shepherd mix lost his eyesight because his previous family neglected his eye infection. It would seem that this was the end for the poor doggo, but he never let his condition get in his way. The Helen Woodward Animal Center staff members were impressed by how Louis is not bothered by the fact that he is blind. Of course, there are things that he cannot do now, but he is such a jolly doggo, and it’s truly inspiring how optimistic he is.

Right after the new year started, his optimism paid off. Louis was adopted by Steve Walker, a blind marine veteran. The former marine started to lose his eyesight because of a rare eye condition when he was eighteen. Steve shared that Louis is the perfect dog for him because they face the same challenges. He also stated that he is very excited to take the pooch home because his family already made their home “blind-friendly,” and Louis will definitely benefit from those modifications. When Louis and Steve’s story went viral on the internet, the Walker family received a lot of help from people who were touched by their stories.

Kind-hearted people paid for the adoption fee and vet expenses for one year. Donations were also made to train Louis to get used to his condition. The family also received dog food and a $500 Petco gift card. It looks like Louis and Steve are off to a good start, and we hope that they will learn from each other in the coming years.