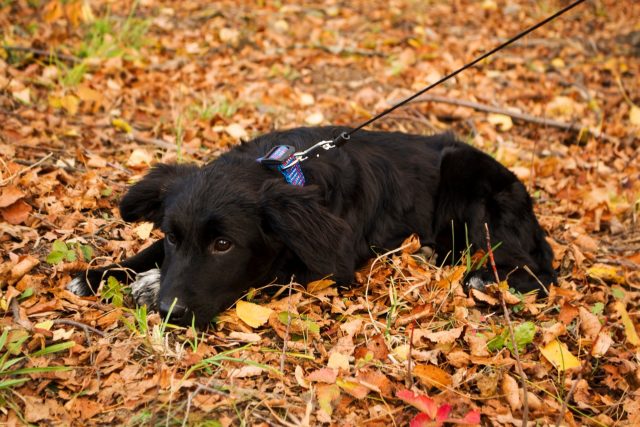 When two people get into a fight, it’s natural for people to break it up. Ideally, we don’t want to see people beating each other up. In the animal kingdom, it’s hard to tell if this applies too. After all, the circle of life and nature can be very surprising.

Fortunately, there is such a kind act in the animal kingdom after all. Who knew that this cute puppy would do everything he can to break up two fighting chickens. It’s surprisingly hilarious to watch.

At the beginning of the video, we can see two white roosters battling each other. Roosters are naturally inclined to attack one another. That’s why farmers often keep the male chickens separated. No one knows how these two roosters came across each other but what we know is that a puppy is trying to stop the fight.

The puppy attempts to grab the wing of one chicken. When that didn’t work, he moved behind the other chicken and tried to grab it by the legs. Neither of the roosters will budge. They are so focused on the fight. The puppy successfully pulls one chicken by the tail for a split second. However, it still wasn’t enough to break the fight.

The cute puppy attempts to move closer. Every time he tries to grab one of the chickens, it’s foiled. It’s hard to get the right timing with all the flapping going on.

At one moment, the puppy finally gets a hold of one of the roosters. He tries his best to pull it away from the other. He even gets to move one chicken into a reasonable distance. However, even as he tries to pull one chicken away, the other one comes forward.

Everything seems futile, but this puppy is not about to give up. For several more instances, he tries to break up the two fowls. This puppy is persistent. We can all learn a thing or two from him.