This bulldog mix looks tough, but he can’t be any more than a snuggler. Though Pickles certainly is friendly to everyone, he has an affinity with cuddling kittens. This affinity is useful because he and his pet mom are foster parents to cats.

Pickles was a shelter dog, and he has recently bonded with orphans Jacobi and James. They found themselves at Alley Cat Rescue, a shelter that traps, spays or neuters, rehabilitates, then re-homes stray felines all around California. Rescuers told Love Meow that they were sick but were the sweetest cats. 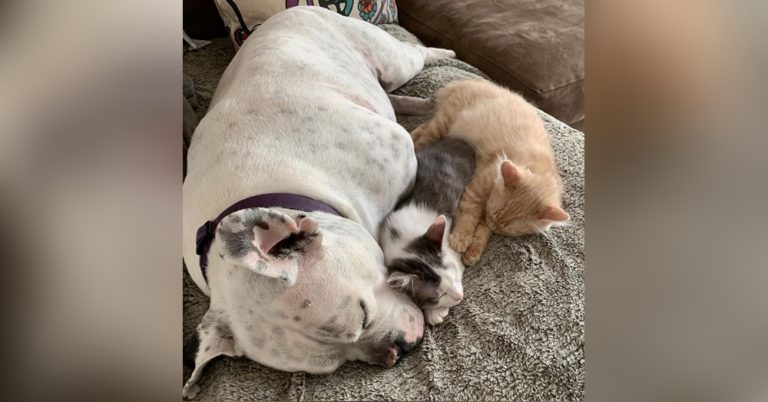 The brothers were also really close because of all they’ve experienced. They comforted and cuddled each other on the streets, while recovering, and while at the rescue. The rescuers said they’re always hugging and love dogs, people, and each other.

However, the siblings had never met anyone like Pickles, who looks big and scary but loves cuddling all the same. Moreover, he was endlessly patient, gentle, and kind. He didn’t care if the cats roughhoused nearby, or climbed all over him, Pickles was always there to cuddle and share some body warmth. 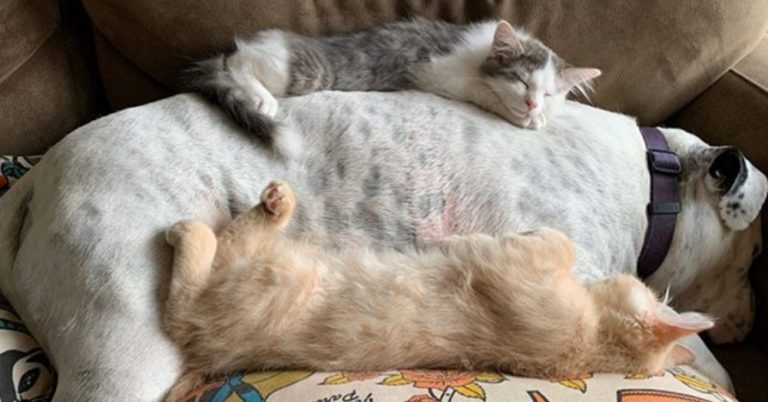 The kittens were, of course, pleased to oblige. The rescuers said that Jacobi and James were best friends that wanted to spend every moment together. Their expertise was with cuddle piles, and they will gladly show the way. Pickles quickly became part of the napping routine.

Pickles’ love and care was an immense help for the kittens to bloom in foster care. A few weeks later, there adopted and are now in a forever home together. Alley Cat Rescue said they were delighted that Jacobi and James get to spend their time with each other in a fantastic home. 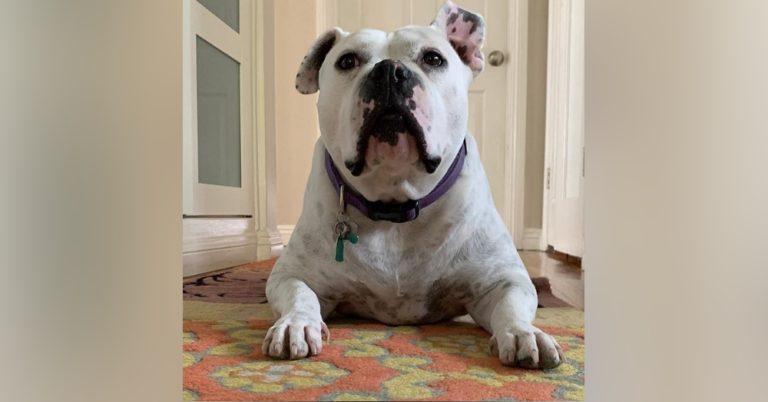 This story is to also help with realizing that dogs like Pickles, the “bully dogs,” shouldn’t be judged by their looks. Pickles helped in the kittens growing up properly.

Watch Pickles and the kittens in the video down below.