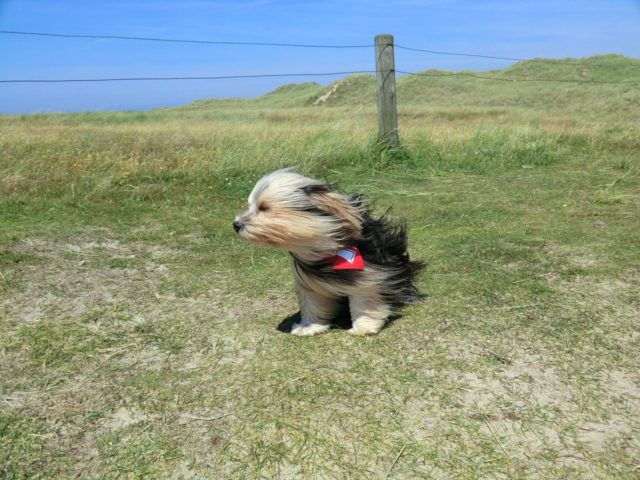 It’s not exactly a big secret that these small dog breeds are lightweight. They can weigh as little as three pounds. No wonder women like these little cuties. They are small enough to fit in their bags, and they are so light that it’s almost effortless to carry them around every time they head out.

But just like everything else on this blue planet, they have pros and cons. The biggest issue with small dogs is that they can sometimes be afflicted with Napoleon complex. This is the abnormal behavior when somebody is of small stature, and they act tough trying their best to prove they aren’t to be pushed around just because of their size. If you have a toy dog breed, just be mindful of them whenever they are around other dogs. They might start a fight and might even bite another dog or another human. Just like with other dogs, training is very important to make them friendly pets who can behave properly in social settings.

But what about being blown away due to strong gusts? The Cleveland branch of the National Weather Service has put out an unofficial “Small dog warning” earlier this month. Warning toy dog owners in the Ohio and northwest Pennsylvania areas to hold to their dog’s leash when outside. They warned that the gust would be so strong that people would feel that they might be blown away. So they figured that small dogs might not have a chance to stay on the ground once these howling winds come. They even put out an ad with a dog who seems to have been blown away and have flown up in the air.

Netizens around the world took it as a hilarious assessment and went to town with memes of dogs and cats comically flying through the air, with some of them having shades on. Everyone thought it’s hilarious but on a serious note, it should serve a reminder that we should be mindful of our pets during extreme weather. Thanks to our friends over at The Dodo for sharing the original story.