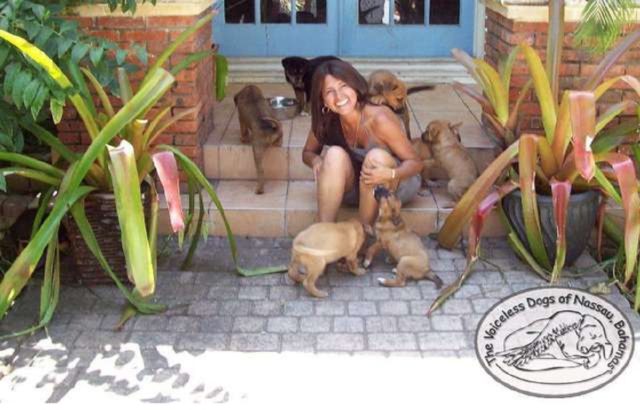 Residents of the Bahamas are still coping after Hurricane Dorian brushed off the island earlier last week. Thankfully, Chella Phillips was there to help and accommodate the animals in need. With her aid, the strays found a home amidst the catastrophe.

Before the storm made its landfall, Chella has already announced that she opened her doors for the needy animals. As the hurricane arrived, 97 abandoned and homeless dogs took refuge in her house. In Chella’s home, the poor animals found comfort despite Hurricane Dorian’s devastation. Every dog gets along with one another, said Chella. They always have their tails wagging whenever there is a newcomer. They knew that they are each other’s brothers & sisters, sharing the same ordeal.

Chella shared a photo of the fortunate pups on her Facebook page. And shortly after, it has gone viral. The post has since been shared over 60,000 times and has garnered more than 90,000 reactions and comments from everyone across the world. After the storm has passed, Chella described the tormenting experience in another post: Fortunately, all of Chella’s 97 furry visitors made it just fine. They got a tad scared, but in the end, everyone was relieved.

But this isn’t everything that Chella does. She also manages Voiceless Dogs of Nassau, the dedicated group that saves and rescues stray dogs in the island.

Sadly, Hurricane Dorian also ravaged the rescue operation’s infrastructure. Likewise, their supplies are quickly diminishing. Considering the situation, Chelly and her rescue dogs aren’t absolutely out of the woods yet. Chella is pleading for everyone’s help and support. For those who want to donate, a FundRazr page was created for gathering funds. More than $250,000 has since been raised and is still counting. Hopefully, more help comes their way.